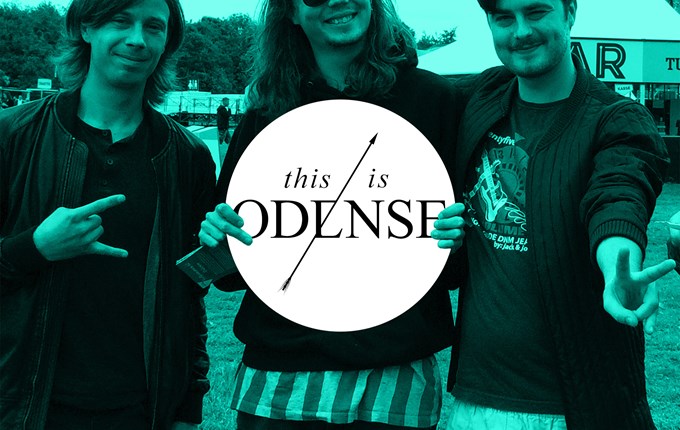 Cafe biografen Films should be seen on screen at Cafe Biografen

On July 23, 1983, Ole and Karen Cafe opened Café Biografen, being thus the first ones to open a new business within the renovated Brandts Klædefabrik. With a colonial builder spirit and a scrap collector energy, they created an oasis in the past detached house city.

Since then, not much has changed. Karen handed the café over to Jørgen. But Ole is still there, the interior is almost the same, and in the small viewing room with soft red seats, where you can bring a drink with you in both glass and porcelain, are still projected movies certainly far from the common Hollywood standards.

Development resistance is rarely an advantage nowadays, but the Café Biografen is today an integral part of so many Odenseaners’ life and story, that major changes would inevitably mean that we would lose a part of ourselves. Even a stressed waiter’s grumpy closing time warning has become for me a predictable ritual, bringing joyful memories.

The Café Biografen is the destination for both everyday evenings, an early city tour and a Sunday afternoon around a backgammon. During the winter, the ground floor is a compelling shelter, bathing the Amfiplads’s soggy quarry tiles in light; in the early summer, the café moves outside under the sun and the linden tree; and when August finally arrives, the Café Biografen becomes home for film makers from all around the world during the famous Odense International Film Festival (“OFF”).

With the support from the Danish Film Institute (“DFI”), there is as well an obligation to give special attention to what moves the movie public places, where they do not already are. Therefore, one could wish that the Café Biografen, with greater courage and independence, dared to push a bit more the slightly-too-safe-choices boundaries, making thus Odense’s own great cinema an attraction for both movie and atmosphere.