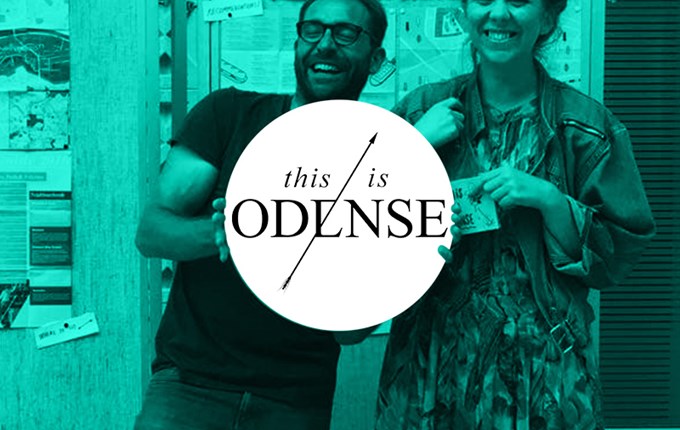 Ever seen the history of the world through extremely near-sighted Funen-centric optics? Ever cried a tiny, apple-flavoured local-patriot's tear from sheer love of this green island?

Spanning the Ice Age across the Middle Ages and Renaissance, history is retold in the Funen dialect, (somewhat) figurately speaking at Møntergården. In my entire lifetime, and long before, this museum of local history has been sitting squarely in cultural category of 'old stuff exhibited in old places'. In 2013, an extension revived the museum with a new exhibition telling 'the story of an island' through modern technology. The best thing about the architect-designed new wing is the section covering 19th and 20th Century working class and industrial history of Odense, movingly told through artefacts like letters from local, early big-time capitalist Brandts to his faithful factory workers and plentiful examples of the cloth, iron and glassware that used to be produced right here in a not-so-distant past.

But you don't actually need to pay the entrance to get a whiff of Møntergården's magic. On foot, you get a full view of the museum: the 2013 wing has been sensitively placed among heritage buildings and cites, in its use of colour, the surrounding half-timber black, rooftile reds and wall ochre. The contemporary structure was not to everyone's tastes, but the new urban spaces arising from new and old buildings' juxtapositions are appreciated by all. Most surprising of all is the unlikely bond between the new Møntergården and the much-reviled modernist police headquarters across the street (courtesy of architect Christen Borch in 1953). One new building in an idyllic old part of town is a headache; two new buildings constitute a dynamic!

So much for the new. To me, Møntergården is still essentially Falk Gøyes Gård from 1646; resembling a sleeping red dragon with its back to Overgade and making up a closed courtyard with the even more ancient poorhouse, Pernille Lykkes Boder, from 1617, on the other side. Its contents are not gamely presented on screens and in surround sound, but then again I have always been a sucker for history told according to the principle of literal time travel: homespun cloth, the smell of smoked meat, old walls and pinecones in the stove may be easy points, but they come a long way in adjusting the brain to the idea of what life might have been life in a market town in the year 1600.

The low ceilings and tiny doorways of the former poorhouse stimulate the imagination just by being there, and the inner courtyard, cobbled, host to Christmas markets, is the perfect setting for those city walks and children's activities that the museum excels in.

My own fondness for Møntergården dates back to the time when I was a junior archeologist at the museum's archeology club for children, Hugin & Munin, and I spent a whole day escavating (carefully planted) roman coins in a sandpit placed in the cobbled courtyard. This tradition for living history - the kind that you can taste or have splashed across your face - is still going strong at Møntergården, whether in the form of beer brewing or gladiator-fights in the recently established spaces between new and old.