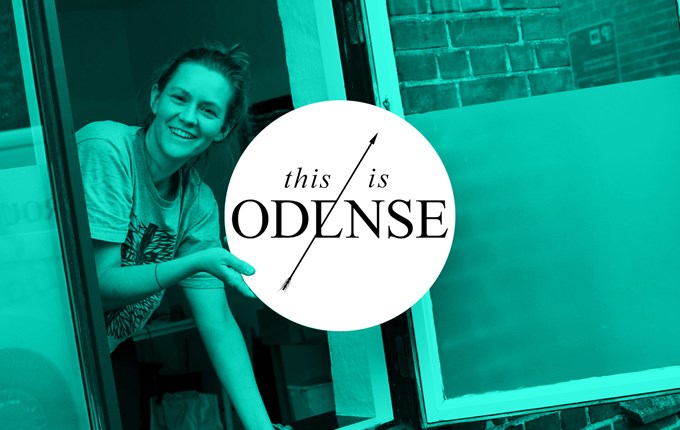 The award show celebrated Odense landmarks like H&M, Søstrene Grene and Magasin (!). Is that really the best the city has to offer? Hardly.

Last Thursday there was a gala in Odeon's great green hall. Complete with speeches, cocktail dresses, VIP’s, and thunderous applause. And it wasn’t to celebrate the national music scene, international authors, global media or business moguls, but in honor of our very own Odense: The everyday, down-to-earth Odense with all the working people whose businesses, volunteer initiatives and cultural institutions shape this unique city.

For those who aren’t familiar with the concept or have wondered about the blue stickers that have suddenly sprouted on shop doors these last three years: Best Of Odense is an audience award created and presented by Fynske Medier, or more precisely the weekly newspaper, Ugeavisen Odense, with the stated intention of “celebrating the city’s commercial and cultural life.”

The weekly’s readers decide the outcome through popular vote, but the nominated are selected by a panel of experts in their respective fields.

On a scale from hooting local-patriot to self-hating pre-emigrant, I’m doubtless closer to the former. Not in the sense that I think my hometown is better than every other place on earth – but rather, that my city is an interesting place to live, not despite, but because of all the things that separate it from others. In other words, I’m in the target demographic for a night of Odense back-patting. So why did I go home feeling so alienated and embarrassed about the image of the city we were supposed to be honoring?

Let me start by saying that there were several lovely Odense moments spread over the course of the evening. Not the least of which was two generations of barkeeps from Carlsens Kvarter in a wrinkled wool sweater and T-shirt, respectively, who got the prize for “Best Place To Go Out-On-The-Town” and in lilting Fyn accents invited the evening’s host, Anders Breinholt from the satire show Natholdet, to record his next podcast in their establishment. There was also music by local 15-year old violin prodigy Stefan Burchardt, who blew everyone away, and Per Sahl from Havnens Loppemarked (the Harbor Fleamarket), who recited the full name of every single regular patron from the last 20 years during his thank you speech and had to be loudly played off stage to stem his tide of heartfelt anecdotes.

Still, the thundercloud above my head grew darker and darker as the nominations ran across the big screen. Which city was it exactly that we were celebrating? Why did the presenter’s words about local pride, passionate innovators, entrepreneurs and the city’s unique environment ring so hollow?

The award show in Odeon. Not pictured: The writer’s nails as they dig furrows in her thighs. Photo: Hasse Frimodt, Ugeavisen

Was it just because my favorite places didn’t get enough awards, that I felt more and more downhearted about the trend that emerged as the night progressed? Sure, I would have clapped more enthusiastically if, for example, Kjærs Bøger, Momentum Musik, Sofar Sounds, my own workplace, Odense International Film Festival, or Restaurant ARO had won their categories, because that’s where I go and the side of the city that I cherish as my own. But even though I don’t often eat at Eydes or Umashi or Kok & Vin, or go to Zoo much, I thought they deserved their victories and determined to visit some time soon.

So what was wrong? The great embarrassment was to be found in the copious names of chain stores that appeared among the locals and totally dominated certain categories. What in the world does celebrating national and multinational franchises, which can be found on street corners in every large Danish or Northern European city, have to do with Odense’s own DNA? Could Mickey D’s at central station be “Odense’s Best” if enough people get their hangover junk food there?

It shouldn’t be possible to end up with a “Best of Odense” where Magasin, H&M and Søstrene Grene walk home with awards, or where the evening’s culture award goes to Tinderbox, only to have their PR chief John Fogde highlight that the main office in Århus was pleased to be recognized for the third year in a row.

You can think what you want about award shows and the need to show local pride in that specific manner, but if the purpose is to honor the city’s local champions, then I simply don’t understand why you would attempt to do this by inviting the people of Odense to consider their favorite places and bring in all of the city’s commercial and cultural actors to celebrate Odense’s special characteristics, when the nominations, in addition to the aforementioned problematic winners, include franchises like Bahne (a Danish concern from 1956, specializing in gifts and handicrafts with 19 shops nationwide), Jagger (a Copenhagen fast casual concept), Café Vivaldi (a chain from Slagelse with 17 cafés in 12 Danish towns), Georg Jensen Danmark (seven flagship stores in Denmark), Weekday (a Swedish clothing chain with stores in 9 different countries), and Heidis Bier Bar (a Scandinavian after-ski chain)? 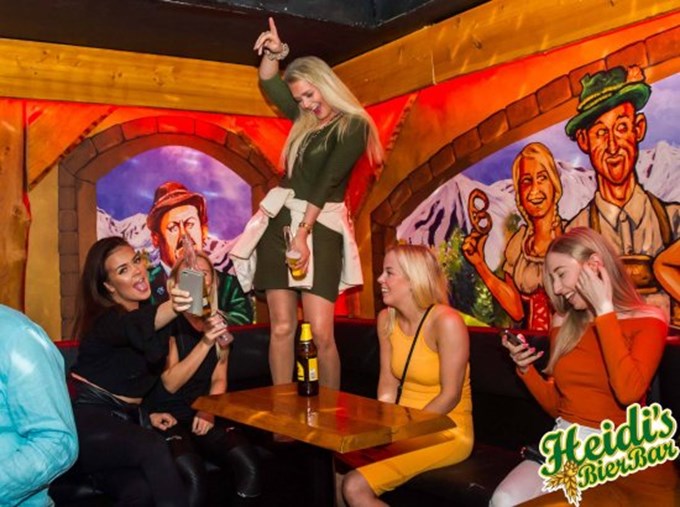 The irony was not lost on Anders Breinholt, who threw a couple of satirical jabs in this direction, and who had done his homework well enough that his own jokes about the Hunderup neighborhood and construction noise in the center of town landed more cleanly than Ugeavisen's own congratulatory speeches.

This is where the award committee needs to reevaluate their whole concept, if they want to have anything of meaning to say about what separates this patch of dirt from any other. Otherwise, I’d suggest that they rename the award “Best Of Western Retail” and hold the gala in a conference hall close to a random airport next year. 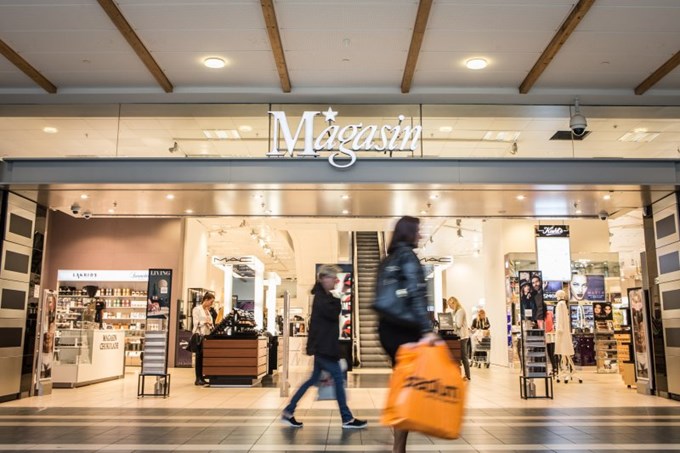 Quality time with a bit of Odense-shopping: Photo Magasin in Rødovre

But – interjects the careful reader – this is an audience award! Ugeavisen can’t help that people love Søstrene Grene. That’s just something the people of Odense have in common with all of humanity. And they’re the ones who voted. But that is a totally flawed conclusion, because an audience award isn’t an objective statement of fact. If the question is “where have you bought the most furniture?” the answer for most Danes is probably IKEA. But that doesn’t mean that a Swedish modular cabinet is the best Danish design has to offer.

If, on the other hand, you ask which local shop you most enjoy visiting and which you would recommend to others, or where your most important cultural experiences have been recently, then Odense has thankfully become a place where there are a ton of varied answers to be found.

This Thursday’s collected Best-Of nominations are even more frustrating, since the city actually does offer a unique shopping and cultural scene, nowadays.

If the awards and nominations are to reflect the city Odense has become – and not be dominated by the habitual paths people carved during the previous century, propped up by a couple of successful imports – then Ugeavisen's central premise needs to be changed. They need to ask better questions if they want to call the resulting answers “The Best Of Odense.” 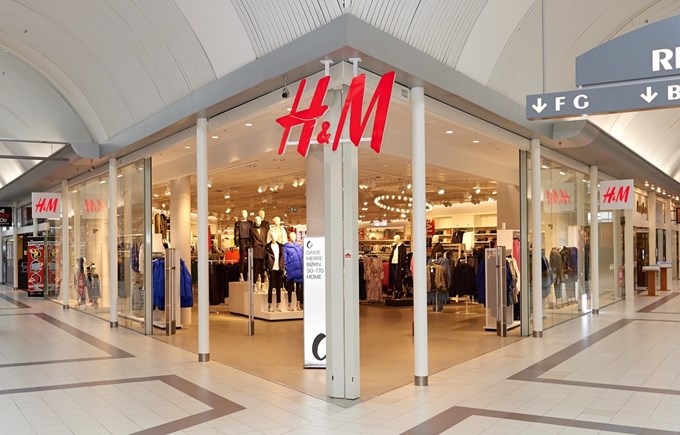 Winner in the category of “ Best Shopping For Her”: That local upstart clothes pusher, H&M. Photo: Kolding Shopping mall

To help out, I’ve got two suggestions which need to be taken into account in order to make next year’s Best Of award a meaningful recognition of Odense’s unique qualities.

Result: You avoid ending up with a list of winners that could as easily have been named in Randers, Roskilde, Næstved, or Holstebro. If that means some categories have to go, so be it. The list has to reflect the city. If we don’t have enough homegrown haberdashers to fill a list of nominees, then that points to an intriguing hole in our retail market. It wouldn’t be a problem at all, but a great opportunity for Best Of Odense to frame the debate, rather than simply being a business event where everyone chugs the bubbly and applauds when the safest bets carry the day.

Result: The places that are thriving off the beaten path get a shot at the spotlight. There’s also a strong overrepresentation of shopping and food, compared to cultural categories. Because of this, one-time events like Sommerrevyen (the summer cabaret) and large art institutions like Brandts fight for the same recognition. Just as historical museums, art museums, theaters, music venues and galleries all fall into the same cultural pot. It makes sense to differentiate between brunch, burgers, take-away, cafés, and fine dining in the food category. But we miss out on corresponding nuances like “Best Music Venue”, “Best Theater” and “Best Gallery” or at the very least “Best Large Culture Venue” and “Best Little Culture Venue”. And while we’re at it, ditch the whole “for him/for her” split in the shopping category. What the hell does gender have to do with any of this?

Hello! Where’s the award for Best “Brunner” (the down-home local pastry, made by every self-respecting baker) or Best Bike Parking!? Why not make the categories specific to our town? You can eat brunch anywhere. And in this vein, there’s nothing wrong with more categories like “Best Service”, which - perhaps as the only exception - could bypass the locally-grounded criteria by rewarding skilled and personable employees, regardless of whether their employer pays taxes in Odense, Ireland, or the Bahamas. What about a “Best Idle Chit-Chat” category, “Best Opening Hours” (a perfect category for pubs and corner pizzerias, which might even encourage someone to finally create the good late-night eatery the city is begging for!) or an award for “Most Indispensable Thread In The Local Fabric”, “Best At Preserving Local History” or “Best Risk-Taker”?

A bonus reason for expanding the categories:

This Thursday a large portion of the winners were up on the stage for the third year in a row. What does that show? That Odense is a predictable town with few great restaurants? That Tinderbox is the best local cultural event? No: Just that Tinderbox is the biggest in terms of audience and publicity and that the award show has so few cultural categories that even the biggest of the “smaller” events disappears when it all comes down to number of tickets sold.

It is the nature of audience awards to highlight the mainstream, but since we already have a Best Of Odense nominating committee, specifically tasked with selecting finalists from among the thousands of reader suggestions, I can’t see why you wouldn’t give the audience the best possible options to vote on.

Maybe I’ve misunderstood entirely. Maybe Best Of Odense isn’t about rewarding the people and places that make Odense a lovely, special place to live and who contribute to all of our quality of life by doing what they love, but rather to boost revenues in the local business association’s ailing shops by talking them up on the retail market. In that case – sorry about all the hubbub and wild demands for integrity, ingenuity and nuance. Keep on keepin’ on.

I just have a feeling that Ugeavisen’s editorial board have greater ambitions and more love for their city than that. Their sister publication, Pindle’s, thorough smart and sensitive portraits of local business owners these last few years bears witness to the fact. And it was what their editor-in-chief clearly expressed at the start of the show last Thursday. Which is why I also dare to believe that they would agree that it would be a great thing if the Odense’s widest-distributed newspaper (80.000+ copies) could live up to the responsibility it is to have the ear of the population and publish a list of nominees that is both diverse and surprising. A list of places and experiences, which only exist here in Odense, and which don’t simply affirm the reader’s old habits, but inspire them to explore more of our homegrown shops, cultural institutions and societies. I’m sure H&M will survive without the pat on the back. 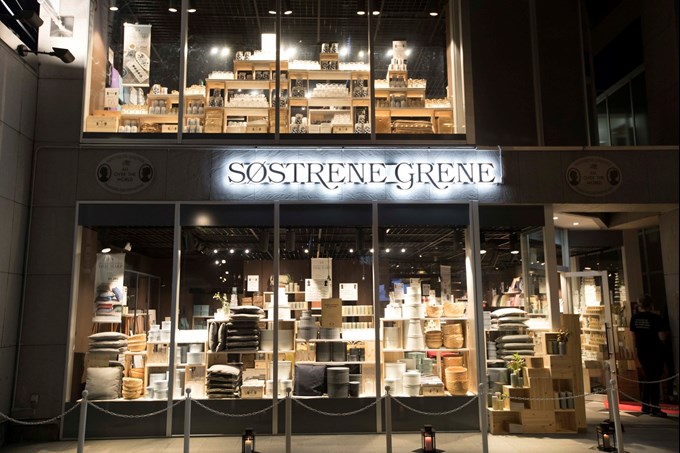